SIDMEDIA was founded in 2004, fulfilling a need to join the rapid global expansion of the Hope Channel.

The Studio started in a small classroom on the campus of Helderberg College near Cape Town in South Africa. It was then known as the Adventist Media Centre, later named SIDMEDIA.

Later it was recognised that it needed to be formalised into an institution, to fully function, as it should.

It has been part of a major evangelistic campaign and has been instrumental in broadcasting these messages live on the Hope Channel.

SIDMEDIA is intentional about developing creative content in areas of Adventist music, children and youth, health, family and preaching which will excite viewers about Bible Truth, and that will create a curiosity to study scripture and introduce them to the saving grace of the Savior.

Its concentration is not only TV but also radio and Internet producing 30 minutes worth of programming daily for Adventist World Radio keeping in line with the station’s goal, to reach people in hard to reach places. SIDMEDIA has consistently produced TV programs for the Hope Channel and it has been a blessing to see people embrace media as an effective way of evangelism. The past year saw SID-Media producing over 200 hours of programming for broadcast, and viewers have been highly receptive to the programs. 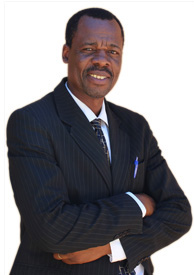